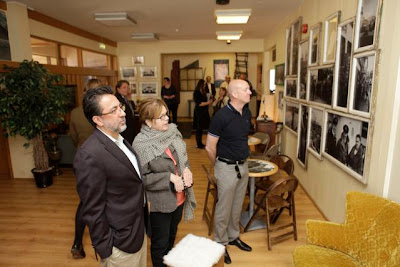 I had the honor to represent the United States at a ceremony honoring the cooperation between Iceland and the U.S. during World War II. The event marked the opening of a museum at the Hlaðir Community Center which shows artifacts and photos from the days when the U.S. Navy was deployed in the area to participate in the Arctic Convoys that carried vital supplies to the Soviet Union. The British and Russian Ambassadors also participated, demonstrating the gratitude many nations feel to Iceland for serving as a critical source of support during our common struggle. The photos reminded all attendees of the close cooperation between American and Icelandic sailors and of the sacrifices made by many who perished during the convoys.
Posted by Ambassador Luis E. Arreaga at Wednesday, May 23, 2012