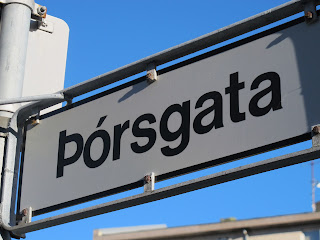 We were invited to visit the set where the next installment of the Þór saga is being filmed. It was an impressive operation where some very exciting scenes are being shot. For those of us living in Iceland, it seemed only natural that the producers of Þór would pick the land of the sagas to film the story, However, there is much more to it. Iceland is becoming increasingly popular as a place to produce films. In addition to providing stunning landscapes and excellent light, its film production companies are considered excellent partners by the Hollywood film production companies we have talked to. We are very pleased to see the Icelandic- American partnership grow in this sector; it strengthens both of our economies by generating employment in the United States and Iceland.
Posted by Ambassador Luis E. Arreaga at Friday, October 19, 2012 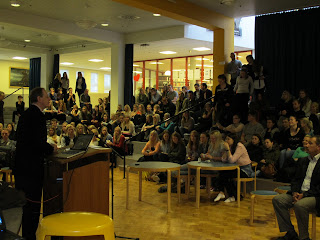 We welcomed Rick Ridder and Bob Carpenter, two seasoned political strategists and consultants, who came to Iceland to share their expertise on the U.S. electoral system. With each representing one of our two main political parties, Rick and Bob met with a broad range of Icelanders (students, teachers, media representatives, business leaders, and elected officials) to explain the U.S. electoral system with a natural focus on the U.S. presidential elections. Many of our Icelandic friends welcomed the opportunity to discuss the elections and the current state of play. We were flattered to know that so many Icelanders care and pay attention to what happens in the United States. 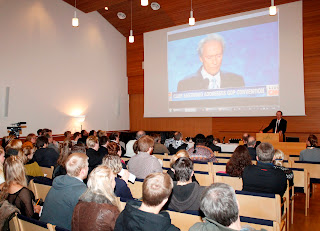 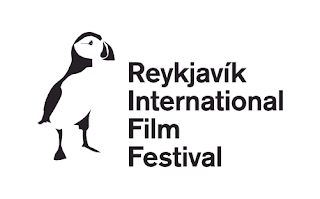 As we have done in the past, the U.S. Embassy supported the Reykjavik International Film Festival, which had a lot of entries from independent American filmmakers. While I missed most of the festival as I was out of the country, I managed to see “Beasts of the Southern Wild” by Benh Zeitlin, which earned the top prize —the Golden Puffin. The film tells a wonderful yet poignant story of a young girl named Hush Puppy who lives in a mythical area of the Gulf of Mexico near New Orleans. Another American winner was the Film “Starlet” by American Director Sean Baker. It received the FIPRESCI Critics’ Award. In addition, the U.S. Embassy supported the screening of documentaries by American film makers on important global issues such as climate change (“Chasing Ice” by Jeff Orlowski ) and the struggle against maternal and infant mortality (“Sister” by Brenda Davis). A former U.S. Fulbright grant recipient, Andrea Sisson, screened her film inspired by her time in Iceland, a fine example of the results that emerge from cultural exchange between our two countries.
Posted by Ambassador Luis E. Arreaga at Tuesday, October 16, 2012 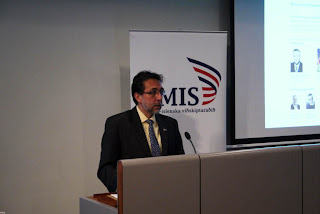 I was honored to receive an invitation from the newly established American Icelandic Chamber of Commerce to speak to their membership about entrepreneurship. The standing-room only event gave us an opportunity to lay out our efforts to promote entrepreneurship in Iceland and to point out the many benefits that accrue to the American and Icelandic economies from creating an ecosystem that promotes entrepreneurship in Iceland. There is plenty of evidence that the U.S. is the logical place for up and coming Icelandic firms to set up operations in order to grow their companies.
Posted by Ambassador Luis E. Arreaga at Monday, October 15, 2012